After 45 years, Phoenix’s landmark Mexican restaurant La Piñata has closed its doors. The upside? The doors have reopened 10 minutes away, at a new location on Seventh Avenue and Camelback Road.

La Piñata’s original location on 19th Avenue was well-loved and frequented by locals in the neighborhood, according to owners Peter Bugarin and Roseann Schulz. (That includes Arizona Highways staffers, who have been eating there for decades.) The large, lavishly decorated restaurant included several rooms with white walls and guava-colored trim, folk art adorning the walls and banda music playing from the speakers. 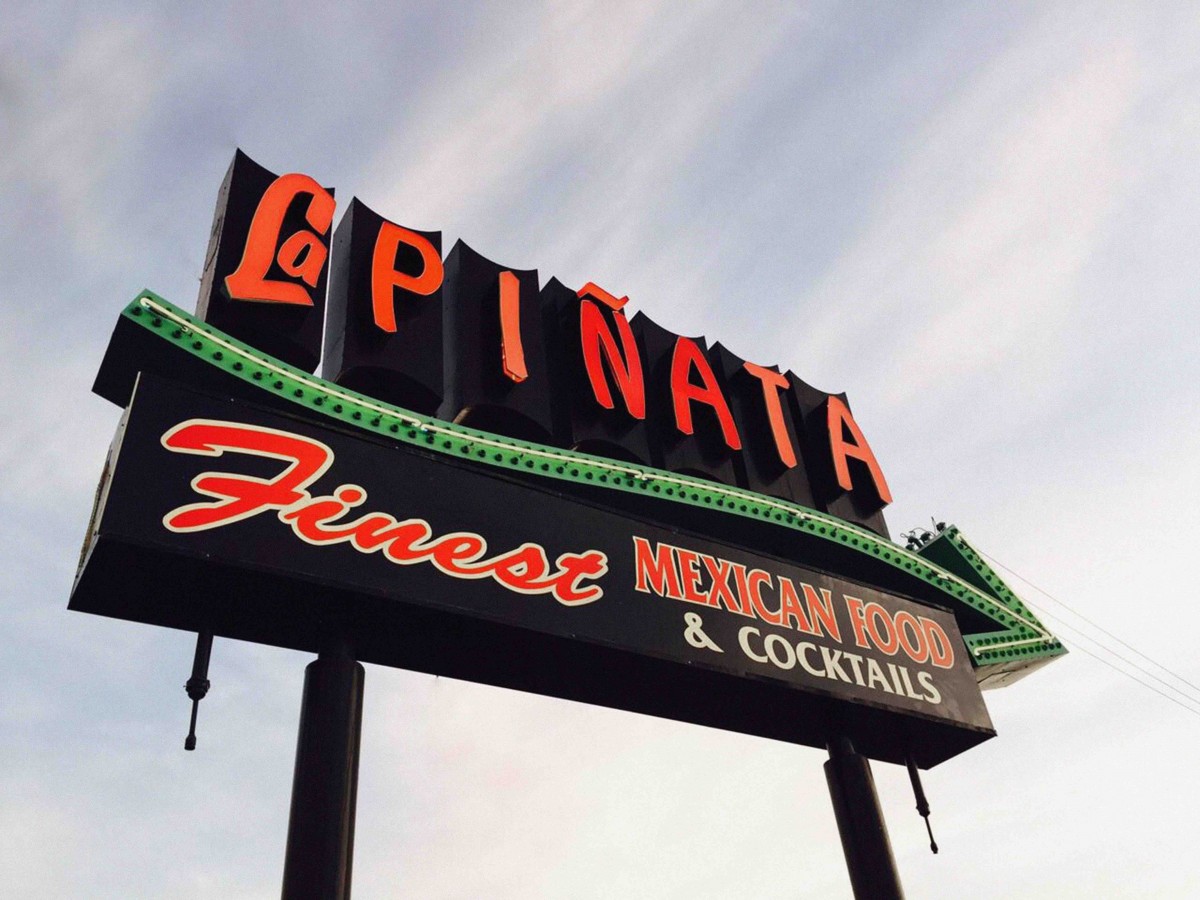 Perhaps the restaurant’s best-known element was its huge, 1960s-style sign, which featured a vibrant yellow arrow pointing toward the building. Central, too, were its loyal customers, many of whom had eaten at La Piñata for decades.

Before it closed, La Piñata’s front room was covered in paper visitors could use to record a memory. These papers were filled with vignette memories of the times people had spent in La Piñata and the generations of families who ate there.

“I started coming here when I was 1 week old," wrote "Tabby & Millie. "My little Millie did the same. Thank you for nearly 40 years of cheese crisps!”

A patron named Sheryl wrote, “I was here the day you guys picked out the restaurant and I have never quit coming and will continue coming to the new one. I was with Mary when we came to look at the restaurant. La Piñata has way too many memories to put on paper. Good luck to the new restaurant. We love you.”

When the restaurant opened in 1970, the driving force was Bugarin and his mother, Hope, who had been a stay-at-home mother and never worked before.

“She blossomed,” Bugarin said. “She did. She really blossomed. And she became her own person.”

The restaurant prided itself as the “home of the chimichanga” and claims to have been the first to top the dish with cheese, onions, tomatoes, guacamole and sour cream. While it left the old location behind, it took the chimichanga with it — along with many of its customers and three skeleton figurines. The rest of the decorations were replaced.

So was the original sign, though Schulz and Bugarin tried everything they could to take it along. It was just too big. A new, smaller sign has been constructed to emulate the original as much as possible.

While the sign and skeletons stay the same, everything else has changed.

“It you think it’s going to be another version of this Piñata, it isn’t,” Bugarin said before the restaurant moved. “It’s the 21st century version.”

His promise has held true. The new restaurant is spacious and modern, with a long community table near the center and an outdoor fireplace on the patio. Their original customers are returning, but they’re inundated with new ones, too. More than they expected.

The new restaurant is worth a visit. In particular, take a look at the wall-size painting of a cowboy lassoing a piñata, commissioned specially for the new restaurant from artist Karen Bennett.

“I can’t say anything bad,” Schulz said. “It’s a great energy, and we’re happy to be here.”

The new La Piñata is located at 5521 North Seventh Avenue in Phoenix. For more information, call 602-279-1763 or visit www.lapinatarestaurantaz.com.

Spirited! Mexican Beverages in Arizona
The demand for Mexican spirits has been growing exponentially in the United States and abroad.…