The April issue of Arizona Highways (on newsstands now) is all about horses in Arizona, and it includes The Great Horseman They Called Kady, a poignant essay from a first-time contributor to the magazine, Sunnie R. Clahchischiligi. In the essay, Clahchischiligi, a member of the Navajo Nation, interviews members of her family and reflects on the role horses played in her ancestors' lives.

Before the issue went to press, Arizona Highways spoke with Clahchischiligi via email about her background and how this essay came together. (This Q&A has been lightly edited for clarity and length.)

Tell us a little about your background.
I am of the Many Goats clan, born for the Water Flows Together clan; my maternal grandparents are the Salt People clan; and my paternal grandparents are the Under His Cover clan. I am the granddaughter of a master rug weaver and the great-granddaughter of the legendary horseman in the Four Corners area known as Kady.

I grew up herding sheep with my grandmother along the brink of the Carrizo Mountains, among the cottonwood trees, in a place called Goat Springs in Teec Nos Pos, Arizona. I attended Teec Nos Pos Boarding School, which sat about a quarter-mile north of my late grandmother’s home. My parents worked in the city, so every day after school, I’d walk to my grandmother’s home and spend my afternoons and evenings with her. The times spent with her afforded me the opportunity to learn about my Diné culture, tradition and language. She was my first teacher. My late grandmother, Mary Kady Clah, taught me to weave Navajo rugs when I was about 7 years old. Weaving rugs became my foundation for weaving words as a multi-award-winning journalist and for later teaching others how to weave words as a university instructor.

When did you start your journalism career, and what drew you to that field?
When I was 19, I transferred from a community college to the University of New Mexico, where I earned a bachelor's degree in print journalism. By the time I graduated from UNM in 2008, I had completed six internships, including one at Sports Illustrated in New York. My first professional job out of college was at the Navajo Times; I accepted the job as a sports writer and held that position for over a decade. After working at the Navajo Times for a few years, I lost my grandmother, which changed my life moving forward. I recognized what a wonderful teacher she was to me and others in my community and vowed to have the impact she had. So, I took up a second job as a writing tutor at Diné College. For six years I worked as a tutor during the day and covered sports events at night. Tutoring encouraged me to return to school. From 2016 to 2018, while working as a full-time journalist and part-time tutor, I became a full-time graduate student at Northern Arizona University. I earned my master's degree in rhetoric, writing and digital media studies from NAU in 2018. Looking to expand my knowledge in teaching in the field of rhetoric, I accepted a teaching assistant position at UNM and a chance to work toward a doctoral degree in rhetoric and writing. I am currently a full-time second-year Ph.D. student and writing instructor at UNM.

I was drawn to journalism after realizing Native representation was missing from the field. I also found parallels between storytelling and Navajo rug weaving, which was a form of storytelling. I found value in sharing stories from my own community and in having agency in being able to tell those stories. I recognized that all too often, our Navajo stories and histories were told by outsiders, and I wanted to help change that. I formally left journalism when I started the doctoral program at UNM, but it found me again when the pandemic hit the Navajo Nation in March of 2020. So, I returned to journalism last spring and have been sharing stories about how COVID-19 has ravaged my people and community since. My recent work has been published in The New York Times, Rolling Stone, The Guardian, USA Today and other publications.

How did your essay for our April issue come together?
It was late 2020 when [Arizona Highways] Senior Editor Kelly Vaughn reached out to me asking if I would be interested in writing a piece for the magazine. She cited one of my stories about COVID-19 in the Navajo Nation and asked if I would be interested in writing a piece about the relationship between the Navajo and horses. I initially thought the story was a third-person story with sources from the community. But I later found out that Kelly was hoping more for a personal essay, which complicated things for me. My first thought was: What do I know about horses? I was raised with sheep, goats, an alpaca even, but horses were prominent in generations before mine. But then I remembered stories my mom told me growing up, stories about my late great-grandfather Kady. The stories were always the same: My great-grandfather was a rich man because of his horses, and he was famous and gentle. I decided to revisit those stories and learn more about the legacy he left behind.

Putting the story together became a life-changing experience and humbled me in a way I never imagined. It allowed me to fill a hole in my identity that I had not realized was there. I decided to interview as many of my late grandmother’s brothers as possible for the story, but COVID-19 made it difficult. My grandfathers, as I refer to them in Navajo, are well into their 70s, and their families did not allow visitors (rightfully so). Understanding the predicament, we made arrangements to do the interviews outside on a porch at one of their homes and in a work shed at the other’s. We sat in layers of clothing and blankets next to electric heaters in mid-December, at the height of positive cases on the reservation, and talked about their father, Kady. With each interview, I developed a keen sense of pride. I finally knew who my great-grandfather was and why everyone said Kady was a famous, well-known horseman. Intertwined in their stories were historical stories of the Navajo, including the Long Walk, the age of the Great Depression and how we evolved as a people. I learned more about who I was and where I came from.

I expected to learn more; I just didn’t expect for it to have big an impact as it did. When someone asks who I am and where I came from, I can proudly said I come from a legendary horseman who had a hand in making the community of Teec Nos Pos what it was and is today. After the reporting and then the writing process, I felt a sense of emptiness. I spent weeks learning who my great-grandfather was — and, in the end, found myself mourning his loss.

How do you feel about how the essay turned out?
The story is at the top of the list of what I consider to be my most impactful and prized work. It was extremely personal to me and has influenced me to write memoirs in the future, memoirs packed with family stories and historical/cultural accounts. For most Navajo people who journey on, they often leave with their stories and knowledge, I’d like to change that. I want my family stories to live on.

What other recent work would you like us to highlight?
I’ve written two major pieces that have been published and republished in a number of places in the last six months. The latest story is about how Navajo women are affect by the COVID-19 pandemic, and the other is about how Navajo elders are forgotten and suffering during the pandemic (this story led to my creating a donation fund and raising $10,000 used to buy food and supplies for a specific community). Both stories were part of a series called Hitting Home published through SearchlightNM, where I am a contributing writer. The series focuses on five New Mexico towns and how they’re changing and being impacted by COVID-19 over the course of a year. I have a few stories in the works that include topics on the Indigenous Two-Spirit community, Navajo education, and missing and murdered Indigenous women and peoples. 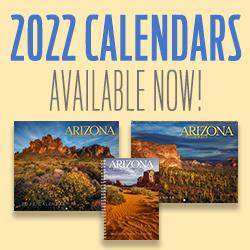 Q&A: New Book Looks Back at Decades of 'Rattler' Encounters
Michael Hankins is a Lake Havasu City resident who's fascinated with rattlesnakes. With his new…