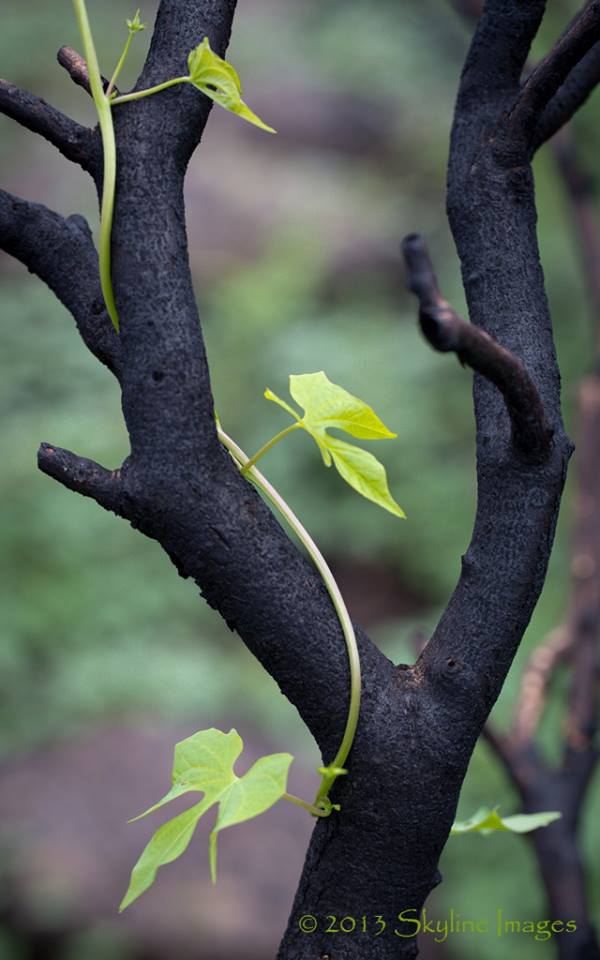 The leader of a group that spearheaded the Yarnell area's recovery from 2013's devastating and deadly wildfire was honored last month by the Yavapai County Sheriff's Office.

Chuck Tidey, president of the Yarnell Hill Recovery Group and the Yarnell-Peeples Valley Chamber of Commerce, was name Citizen of the Year by the sheriff's office. Tidey helped organize the group after the June and July 2013 Yarnell Hill Fire, which killed 19 Granite Mountain Hotshot firefighters, burned 8,400 acres and destroyed more than 120 homes in Yarnell and Peeples Valley.

The recovery group organized fundraisers and has led rebuilding efforts. Those efforts are ongoing: So far, 55 building permits, representing about 43 percent of the homes that burned, have been issued. A memorial to the fallen firefighters is also in the works, and the group continues to offer assistance to displaced residents.

After receiving the award January 29, Tidey said it would help keep Yarnell and its progress in the public eye. Tidey was featured in After the Smoke Cleared, a Kathy Montgomery story on the fire's aftermath in the July 2014 issue of Arizona Highways.

10 Things You Can Do While Social Distancing
With COVID-19 concerns on the rise, many people are practicing social distancing and self-…