If you’re a hiker, there’s a good chance you’ve climbed Camelback or trekked to the top of Piestewa Peak. Everyone knows those trails. At the other end of the spectrum is the Maricopa Trail, which winds for more than 315 miles around the Valley of the Sun. 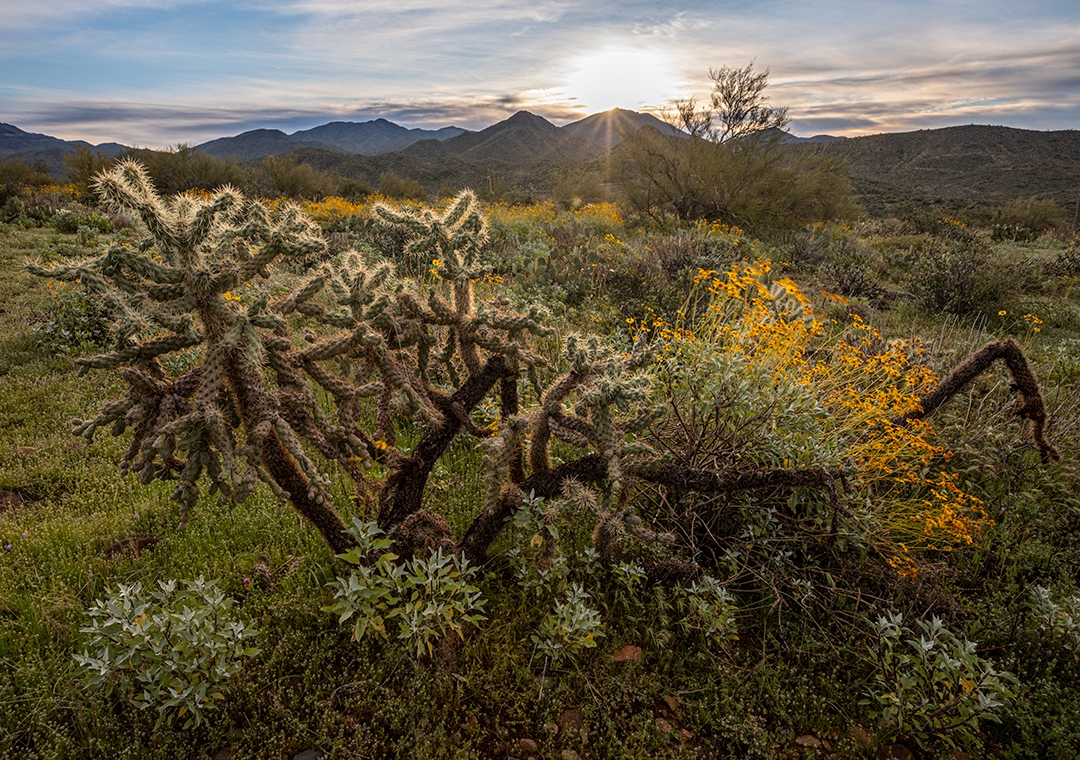 It’s a sweaty Thursday morning in early July, and John Rose, the manager of the Maricopa Trail, is hiking Segment 16 of the route near Anthem, north of Phoenix. As he talks about what went into creating the trail, he periodically stops to clear large rocks off the path. If he doesn’t do it, no one will: “You’re looking at my whole trail crew,” he says, laughing.

The fact that Rose is a one-man operation makes the trail he manages, a project of the Maricopa County Parks and Recreation Department, that much more impressive. The 315-plus-mile Maricopa Trail, the main loop of which was completed in 2018, encircles the Valley of the Sun. And when the spur route to Buckeye Hills Regional Park opens, the trail will connect nine of the county’s parks — plus Phoenix’s South Mountain Park and Preserve, one of the largest municipal parks in the country.

But the Maricopa Trail isn’t just a means to an end. Destinations between the parks include Scottsdale’s McDowell Sonoran Preserve and the Tonto National Forest, where the loop tops out at an elevation of 4,200 feet. And Segment 16 passes through a pristine Sonoran Desert landscape where you might spot a red-tailed hawk or a herd of javelinas. The trail markers along this segment are among the more than 1,300 that Rose has installed since joining the department in 2013.

Segment 16 also includes the Andy Kunasek Trailhead — named for the father of the trail, who served for 20 years on the county Board of Supervisors. “He wanted to serve, and he saw a need,” Rose says. “He was really the one who said, ‘We need to do this before it all gets developed and we can’t do it.’ ” After Kunasek secured a $5 million investment from the board, trail construction began in 2007. Rose has been involved since the beginning, initially as a surveyor for the county Department of Transportation. When he retired from a 34-year career there, his boss suggested he apply for the trail manager position. It was a natural fit for Rose, a lifelong backpacker and native of the Phoenix area. 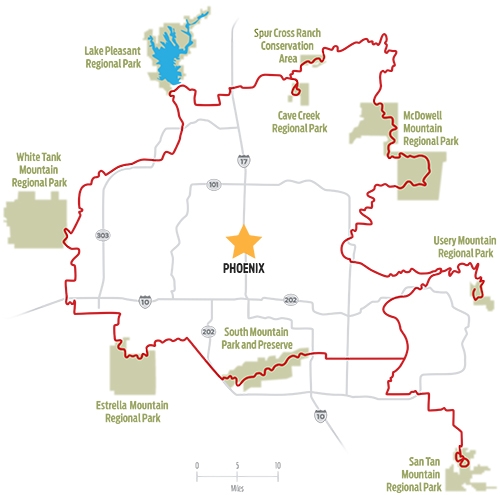 Part of the trail follows the route of the Sun Circle Trail, a shorter trail that dates to the 1960s and uses paths along the Valley’s canals. The rest of the Maricopa Trail passes through a mix of public and private land, which meant negotiating with state and city governments, the Bureau of Land Management and other entities to complete it. On land that might someday be sold and developed, the route crosses washes, canyons and other land forms that a developer likely would leave untouched, and a permanent easement ensures that regardless of what happens to the land, the trail is built to last.

The next step, Rose says, is connecting the loop to smaller trails in the Valley’s communities, giving more people a way to access it. Ideally, the Maricopa Trail will increase visitation at the county’s parks, which rely on admission fees. Already, there are signs that the plan is working: Since the trail’s rededication in November 2018, Rose has noticed more signs of foot, bicycle and horse traffic. Some hikers have “thru-hiked” the entire loop, similar to the hundreds who do the same on the 817-mile Arizona Trail every year. And just before the rededication, one Central Arizona Project employee tackled the entire loop, minus the spur routes, on his mountain bike, finishing in just 43 hours.

The more people who hike or ride on the Maricopa Trail, the smoother it becomes and the easier it is to maintain, so all those people are making Rose’s job easier. Not that Rose minds being out here in the desert, moving rocks and warning ATV riders off the trail. “I really do think I’ve got the best job in the world,” he says.

For more information, contact the Maricopa County Parks and Recreation Department at 602-506-2930 or maricopacountyparks.net.